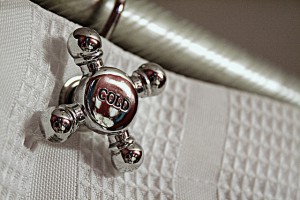 I don’t know where the idea of the 30 day habit started, but I found out about it via Steve Pavlina, who may have invented it.

The basic idea behind this is relatively simple: you have some habit that you are considering adopting but aren’t entirely sold on the idea – so you try it out for 30 days (or 31 if the month has 31 days, since it makes it easier) and see if you like it; sometimes you adopt the habits, sometimes you do not. Sometimes you don’t plan to adopt the habits, but you were simply curious about what it would be like to try them. Sometimes you hate every day of it. Previously I have tried meditation, planning my day (easily the most successful so far) and just taking a picture every day

This months habit is not one I want to keep. Gaah, okay so cold showers do definitely make you better able to tolerate things you don’t like and they do definitely help you save water (they probably cut my shower time by about half and since I don’t pay separately for water that made them essentially free), but I am dubious about some of the other claimed benefits. Keep in mind that N is 1 for all of these and use them as inspiration if you want to try yourself, not gospel — I have a piece of cardboard saying I am a scientist, but that doesn’t mean I should be in a lab or experimenting with humans.

So what did I learn from this experiment? The things we fear seems worse when we think about them than they actually are when we do them. or to steal an old quote from Winston Churchill:

When you are going through hell, keep going.

Calling cold showers hell is more than a little over the top, but the principle holds for things that are hell1 to go through.

Should you try a month of cold showers? Yes, yes you should. Oh, hoping I would let you off the hook there? Sorry no. It was worth it and since I could do it so can you.

Here is what I did every morning:

Some sites suggest that you turn it cold toward the end or that you only go semi cold. I wouldn’t recommend either — you are not going to get much out of it, and either just encourage you to be a wuss, which the world doesn’t need any more of.

Oh and when I say every morning that was what I meant: as mentioned I had two days where I was of sick from work, my birthday was in this month and those three days still started with a cold shower2.

As a bonus I get a cool graph, which looks like this: The days before february was my test of how bad the month was going to be. Since it wasn’t too bad I choose to go ahead with it.

Although neither old Winston nor I am experts in swimming in molten metal, so if you find yourself in the actual literal hell, you are on your own. Or you could sue me, there are likely to be enough lawyers to choose between. ↩

No being wet and cold or just cold is not going to make you more likely to get the flu: that is a myth. ↩

An economic student would point out that that means I would be willing to forgo warm showers every day if I could save 5 dollars. This is why nobody likes econ students. ↩