“Ads suck” may seem like an obvious truism, but they actually don’t have to – papers used to print job ads and people would buy the papers so that they could read them. Think about that for a moment, people would buy newspapers to read ads. Sure if you had a good job those particular ads wouldn’t be very useful for you, but perhaps you have parents or grandparents who have Alzheimers? The top result on Amazon for that keyword is this book, which is ranked 737 out of all the books sold by Amazon. It has over 300 reviews and is ranked 4.7 stars (out of a total of five). If you had parents who needed Alzheimers care, would you be interested in an ad for the book?

I would. Because the existence of the book, along with the independent reviews, is Relevant to My (theoretical) Interests. 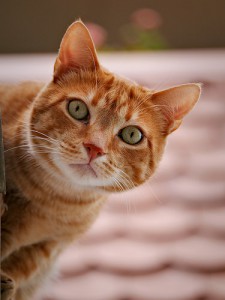 This cat has older parents. By: targut

Amazon would want me to buy the book, which is why they have a ranking system, reviews and stars so that I can easily find the best book on the subject. Would you buy a couple dozen books on Alzheimers care? Unlikely, right? Yet the “Customers who brought this item also brought” section list just shy of 100 books about the care of parents with Alzheimers. The two or three of the best books from that list 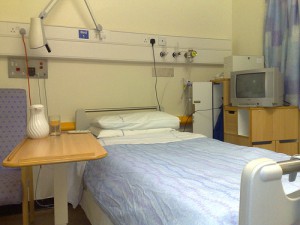 One day here costs more than all the books on Alzheimers care. By: Mark Hillary

might be shared in Alzheimers groups on Facebook, but the rest? Well if they want any sales at all, they will have to buy ads.

And if the best products are those your friend recommend, why look at ads at all? They are the least trustworthy way to get information (the second-best, after personal recommendations by friends, is consumer reviews), the product they recommend is likely be a bad purchase and they are just going to be in your way.

So you learn to ignore ads, but the the ads start to flash and move and  soon it is a downward spiral of suck that in the end reduces ads to punch-the-100th-million-monkey or something. Or the 30 seconds you-can-sometimes-skip-this-video-ad on youtube, with the result that a big part of your browsers memory is used for adblockers.

Yet twenty years after Netscape Navigator was released, ads are still what huge companies like Twitter, Google and Facebook make their money on and without them, the web can’t survive.

So what do we do?

Well we have to make ads worth watching again.

One way to do that is to just make them funny. There are entire compilation videos on youtube of funny commercials – people are willing to watch them even if they are not interested in the product. That should be any ad mans dream.

A better way is to target ads better, both to the viewer and in respect to timing. I found an apartment relatively quickly, but Google wasted months trying to feed me ads for an apartment listing service. By the time they had given up they had lost their chance to advertise curtains, moving services, furniture or any of the other things you want to have when you buy apartments.

Given the amount of stuff they know about me, you would assume Facebook ads would be much, much better but their ads are even worse: I have seen advertisements for the exact college degree I have at the exact university I went to, despite the fact that I have specifically told Facebook that I already graduated from there.

The real problem is the people who run these marketing campaigns: they have no tech skills. They have no clue what they should do with these options, so they select their target to be something like: “18-23, is interested in computers”. If you asked an ad executive in 1993 what their target marked was, that might have been a reasonable answer. I estimate that it is about 94% too broad, that is only 6% of the people you are going to target with a category like that is going to be seriously interested in your product.

One other thing Facebook continues to advertise to me is a particular “dating service”, which shall remain nameless (were I interested in online dating services, I would go to OkCupid; You should never pay for a dating service). The only reason I get that as a target is because my status is single and I am young. If you are young and set your status to in a relationship, you get advertisements for baby clothing, btw. Again rather than actually look at your data they serve up some semi-generic ads that are hardly targeted at all.

Instead imagine the perfect ad: just the kind of product you want, at the approximate time you want to order it. There is no good technical reason Google couldn’t use google now to see that you are far from home, wonder up and down streets and have an appointment in an hour and then suggest an ad for e.g Uber. Or correlate the fact that you walked/bicycled to work and that it is raining, and suggest ads for umbrellas.

If we could do these things, we could improve most ads, but there are still one category to consider: “Brand awareness” where the goal of the ad isn’t exactly to make you do something right now, but to remind you of a certain brand so that the next time you go shopping for something you see that brand and are more likely to buy it (surprisingly, this seem to actually work enough to be worth it).

Most of these ads suck even more than the direct sales ads, because they are by definition not relevant for what you are currently doing, they are just getting in the way of what you want to do.

These ads are also mostly self-defeating: if both you and your competitors spend money on these ads the effect cancel out, but if either of you don’t spend the money the other one wins.

To some degree brand ads can be replaced with sufficiently well-timed direct sales ads, so that you get the message for the right kind of detergent as you are walking into the super-market, but even so they are fundamentally going to be annoying.

Well the best of them aren’t. The very best are going to be the ads you set down to watch at the superball. The ads that you actually want to see – and the best ever is going to disguise itself as a James Bond movie.

I don’t have any answer for how to improve display ads, other than to make them funny. Perhaps eventually we will be so wired in to our computers that we won’t need them: Amazon will automatically have us by the products when we are close to running out.